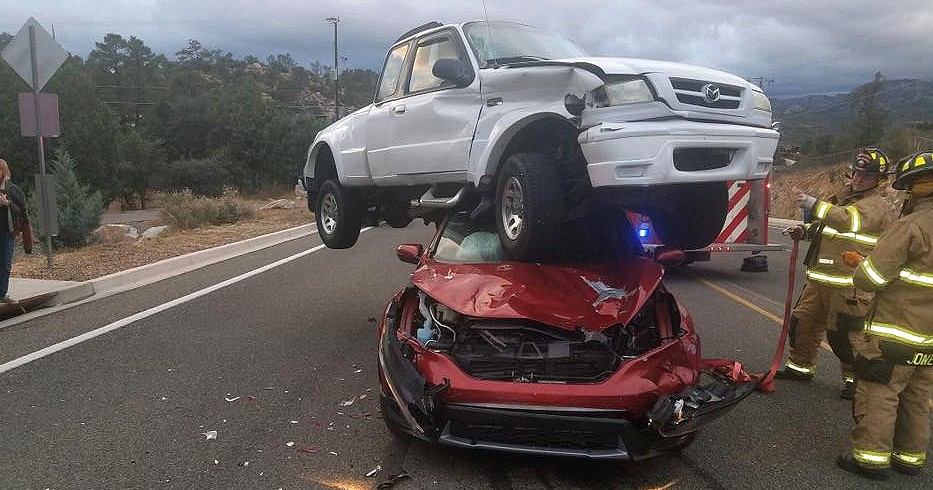 4 Reasons You Want to Wear Your Seat Belt

The National Highway Traffic Safety Association’s annual Click it or Ticket campaign began on May 13th and is ongoing through the Memorial Day weekend.

First and foremost Memorial Day is a time where we remember and honor those who gave their lives serving in the United States Armed Forces.

It is also a time when many people kick off the beginning of summer. Cars, trucks and recreational vehicles alike are loaded up, geared up, and gassed up ready to hit our roads for destination: Vacation in the Sun

Before taking off this year consider 4 Reasons You Want to Wear your Seat Belt:

Seat belts are your greatest defense against negligent drivers. The simple act of buckling up keeps you safe and secure inside your vehicle. According to the NHTSA seat belts saved 15 thousand lives involved in car crashes in 2017. That picture up there is of an accident in Arizona. It looks pretty grisly. However, all people involved were wearing seat belts and live to tell the story.

It’s the law. Well, it’s the law in most states. There are two types of seat belt laws, primary and secondary. With the exception of New Hampshire, each state has adopted one or both laws. Visit Governors Highway Safety Association to get informed on your state laws.

Insurance! You knew I’d go there. Failure to wear your seat belt does affect your auto insurance. A seat belt ticket may not cost very much, but it does impact your insurance rates. Additionally, if  you are driving without your seat belt and are in an accident it may negatively affect your claim. This is dependent on your state laws and something called the Seatbelt Defense that you might like to read up on.

Nearly 27.5 million people still don’t buckle up. There were 10,076 unbuckled deaths in 2017. 57% of those killed were between the ages of 18 and 34. Ejection from a vehicle is almost always deadly. Watch this video to see first hand just how potentially fatal not buckling up is:

I’m convinced and I sincerely hope you are, too!

We wish you a very happy and safe Memorial Day weekend!